Consciousness and The God Particle

Consciousness and The God Particle

What is the origin of our physical Univers ? How did matter come into being? Does the Universe have a consciousness? How have human beings attained consciousness? Science has been on a quest about these fundamental questions about the nature of the universe . In July 2012 scientists believe they captured the answer, known as The God Particle.

At the large Hadron Collider, wich is the world's largest machine in the world and highest-energy particle collider based at the European Center for Nuclear Research (CERN) in Geneva in Switzerland,

In July 2012 physicists conducted experiments attempting to create and identify the Higgs Boson particle, named after Scottish physicist Peter Higgs. Which is the key to explaining energy can achieve mass, which is in turn fundamental for us to understand our physical Universe. It is now more commonly known as The God Particle.

The God Particle is considered to be the physical proof the theory of an invisible, universe-wide field that gave mass to all matter right after the Big Bang, forcing particles to coalesce into stars, planets and everything else.

Teams of researchers at CERN independently verified, with 99.99 percent certainty, the new subatomic particle, was a near-perfect fit for what physicists had expected of the Higgs Boson particle, since its existence was first theorised 48 years ago.

What is Consciousness And How Did It Evolve?

Did consciousness evolve from matter all anew? Or was it present in some form in matter(energy) from the very beginning itself? Is it present in all forms of energy including all elementary particles as also behind space and time?

Consciousness is a hallmark of humans and the animal kingdom. It is that mysterious force that makes all our bodily neurons and synapses “tick” and merge into the individual “you”. It’s what makes you alert and sensitive to your surroundings, and helps you see yourself as separate from everything else. Yet neuroscientists still debate on what consciousness is, or how it’s even possible.

Max Erik Tegmark, a Swedish-American physicist and cosmologist, suggests that consciousness arises out of a particular set of mathematical conditions, and there are varying degrees of consciousness, just as certain conditions are required to create varying states of vapour, water, and ice.

In turn, understanding how consciousness functions as a separate state of matter could help us come to a more thorough understanding of why we perceive the world the way we do.

What Is Required to Be Considered Conscious?

The issue is that consciousness is so difficult to explain. However in recent years, neurologists tend to agree that a conscious entity must be able to store information, retrieve it efficiently, process it, and exist as a unified whole. That is, you can’t break consciousness down into smaller parts.

However with current computer processing power being so immense and powerful now, while they’re not human, some of our computers can operate independently. We can use our knowledge of artificial intelligence to push these machines to new limits and gain consciousness. The question is can they achieve the high level of consciousness living beings?

Tegmark says. "We put labels on the strength of our current computer processing power. While they’re not human, some of our computers can operate independently, and we can use our knowledge of artificial intelligence to push these machines to new limits". He called his new state of matter “perceptronium.”

Tegmark defines Perceptronium as "the most general substance that feels subjectively self-aware. This substance should not only be able to store and process information but in a way that forms a unified, indivisible whole. That also requires a certain amount of independence in which the information dynamics is determined from within rather than externally".

Because the human brain is so sophisticated and complex, it is able to receive and transmit consciousness in a very intense and intricate way, so that we are mostly more intensely and expansively conscious than most other animals and artificial intelligence. However dolphins have been considered even more conscious, so we cannot rightfully put ourselves above other species which have evolved on this planet.

A fundamental aspect of collective human consciousness is about our care and love for others, regardless whether they are family or personally known to us. This aspect is of a higher conscious level of understanding, which is scientifically known as Altruism.

Altruism refers to behaviour that benefits another individual at a cost to oneself. For example, giving your lunch away is altruistic because it helps someone who is hungry, but at a cost of being hungry yourself. It is generally suggested that humans behave altruistically because it is emotionally rewarding. What puzzles many scientists is that human beings are just genetic machines, only concerned with the survival and propagation of our genes, therefore altruism is difficult to account for. It makes sense for us to be altruistic to people who are closely related to us genetically, but not so much to strangers, or to members of different species. In the latter cases, from the conventional point of view, there must be some benefit to us, even if we’re not aware of it. Perhaps being kind makes us feel good about ourselves, impresses other people, or encourages people to be kind to us in return. If we are fundamentally selfish, why should we be willing to risk our own lives for the sake of others? Altruism is often instantaneous and spontaneous, particularly in crisis situations, as if it is deeply instinctive.

From a “spiritual” perspective, which is a fundamental aspect of higher consciousness though, altruism is easy to explain. It is related to empathy. The term “empathy” is used to describe a wide range of experiences. In terms of emotions, researchers generally define empathy as the ability to sense other people's emotions, coupled with the ability to imagine what someone else might be thinking or feeling. Human shared fundamental consciousness means that it is possible for us to sense the suffering of others and to respond with altruistic acts. Since we share fundamental consciousness with other species, it is possible for us to feel empathy with and to behave altruistically towards them as well.

But if we observe humans have the capacity to have conscious empathy for others around the world whom they have never met, somehow empathise with them. This has increased exponentially since the evolution of the information age where we now have computers, cell phones etc to directly make contact with any person or group around the world. So we can understand, sympathise and connect with others which we identify with. This has led to the perception of collective consciousness whereby individuals connect consciously, in say, meditation, invocations and prayer for a common purpose. This creates a mass consciousness energy which can reach a critical mass. Various percentages are considered to be critical for change of consciousness. For smaller areas this is the "square root of 1%", whilst for the whole population to advance its consciousness, This has been widely documented with regard to Transcendental Meditation experiments in violent areas, which correlated with a substantial reduction of violence in the area following the TM events. For the mass change of consciousness of humans across the planet It is considered to be a critical mass of 51% to influence the consciousness of the whole.

Please visit my other articles relating to higher consciousness, the Global Reboot (Reset) and ascension, which we are currently undergoing on this planet, assisting us to attain these higher levels of consciousness and existence. Michael J Robey Psychic Medium | Psychic Investigator | Spiritual Counsellor Psychic gr www.psychicgr.com 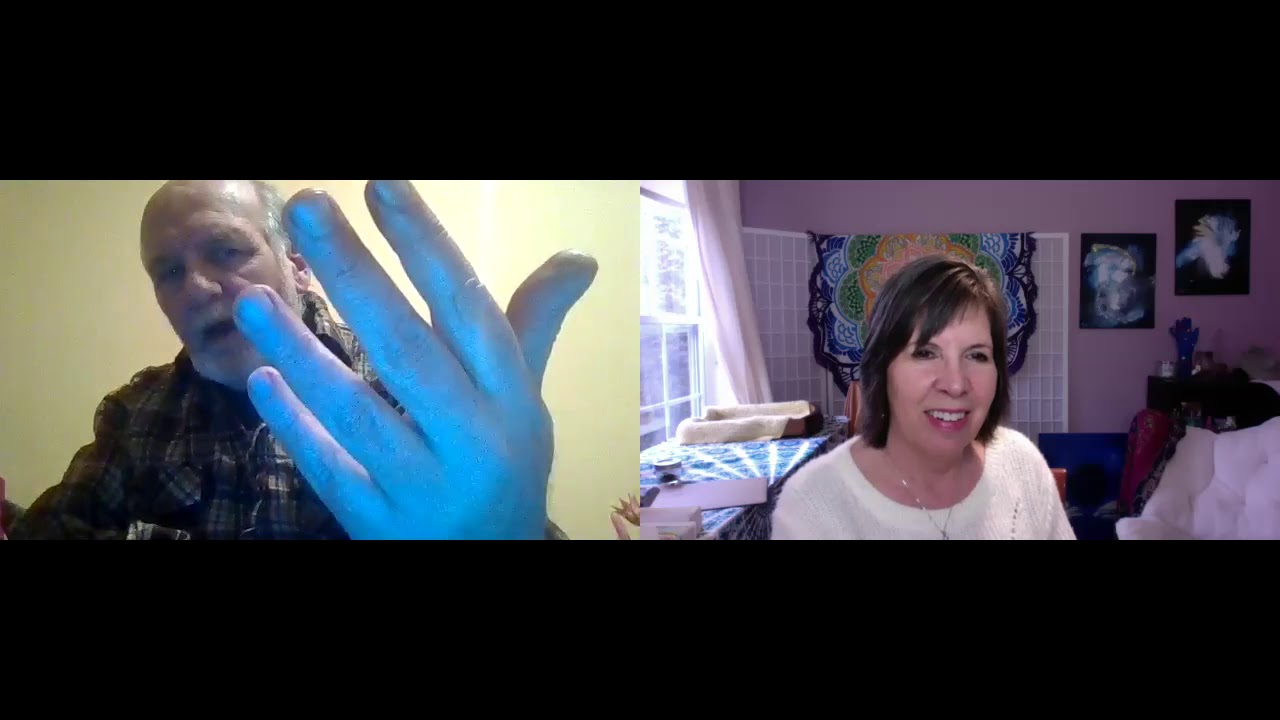